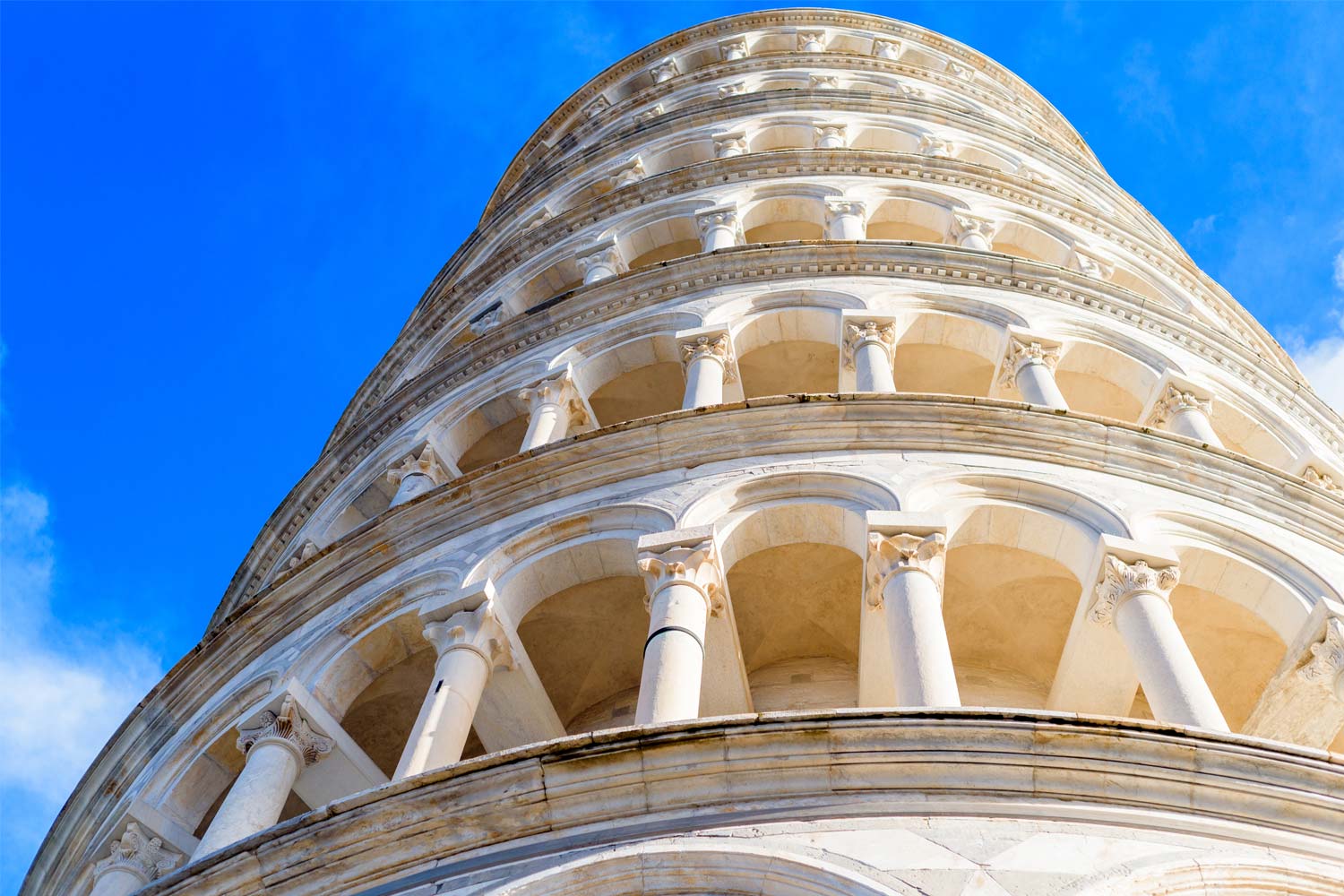 At our latest asset allocation meeting

Thanks to a moderation of interest rate expectations by Jerome Powell, Chair of The Federal Reserve (Fed), equity markets have been recovering nicely from a correction that reached a nadir on Boxing Day. Our quarterly asset allocation meeting in March was therefore a timely opportunity to review what had changed and our investment outlook.

At these meetings, we reassess the 10-year annualised expected return for each major asset class, including fixed income, equities and property to create ‘optimal’ portfolios that maximise return for specific levels of risk. We then overlay the shorter-term considerations such as politics, sentiment or cyclical trends to adapt the theoretical model for the real world, which leads to debate and a conclusion.

In the March meeting the conclusion from the return models still overwhelmingly favoured equity markets over bonds or property, supporting our positive tactical view for stocks. However, there are clear signals from our economic inputs that the global economy is slowing, due to the monetary tightening by the Fed during 2018 and uncertainty caused by the Sino/US trade tariffs.

Therefore, our conclusion at the meeting was to be incrementally more positive as far as equities were concerned but to wait for evidence of better economic momentum before fully committing to the enthusiasm reflected in the ‘optimal portfolio’.

What next for global growth?

We believe the next stage of appreciation in equities requires positive earnings revisions to replace the steady negative revisions we have seen this year, and this will come in the second half of the year. However, sustaining consistent growth is proving to be difficult and a more serrated pattern of two steps forward, one step back is more likely than a smooth progression at this stage in the economic cycle.

The tools now available to stimulate sustainable growth are distinctly limited. The rise in total debt since the financial crisis means that growth via financial leverage (public or private) is not an option, full employment limits the operational leverage available and with rates already depressed, the Central banks can do little to stimulate activity by lowering them. The global economy needs growth and when the Fed acknowledged the change in economic trends by lowering interest rate expectations on 20 March, it added to investor concerns rather than soothed them.

This change at the Fed followed a decision by the European Central Bank (ECB) on 7 March that removed any potential for quantitative tightening or interest rate increases this year due to poor momentum in the Eurozone.

Normally investors would be pleased with such dovish signals from Central banks but, at this juncture, growth is the key to markets rather than interest rates. Ironically, investors would rather see global interest rates moving up instead of down as it would imply a more positive outlook for the global economy and sustainable growth. Unfortunately, the reality is the opposite with US 10-year rates down from 3.24% in November to 2.4% today, UK 10-year government debt at less than 1% and 10-year German bunds yielding less than zero.

However, there is light at the end of the tunnel. The coincident data may be slowing but we do expect the changes in fiscal and monetary policy over the past few months to lead to a recovery in the second half of this year. We believe the soft patch will pass but that structural constraints will also limit the potency of the recovery.

The structural impediment to the Eurozone is the banking system and a recent research report from Deutsche Bank illustrates this point very well. The systematic collapse of profitability of banks in the Eurozone must be addressed according to the report if the ECB is to have any chance of engineering an escape from the Japanisation of Europe.

The principle changes they suggest are consolidation, lower barriers to entry, lower exposure to domestic sovereign debt, a more ambitious banking union that encourages aggregation of assets and liabilities across borders, uniform insurance protection and a merger of private and non-private (mutual) banks. The report also urges a much more ambitious capital markets function, similar to the US approach of securitisation.

The detail and supporting evidence is beyond the scope of this article. But in short, they are recommending less regulation, less nationalism and greater capitalism to provide a financial structure that will raise the structural level of growth within Europe and the cost of capital. The alternative is a fairly predictable long-term decline in sustainable growth with the ECB policies encouraging the misallocation of capital via negative interest rates.

In a recent note from Gavekal on Germany, Charles Gave put it rather well, noting that in the 40 years up to the financial crisis the cost of capital was always above the nominal growth rate, sometimes by as much as 7%. In this era he observes that “no capital was wasted” but today, the cost of capital has fallen so dramatically that “the waste of capital in Germany must have been enormous”. To Charles Gave, Germany “looks a lot like Japan circa 1988” in that there is a high probability that where there is poor capital allocation there is the greatest risk of capital destruction.

Banking on change: US vs European bank market performance

Subsequently the reform of the banking system in Europe is vital for the economy. Raising the cost of capital (and profits for the banks) will naturally raise productivity via efficient allocation to projects that generate a positive long-term return and as a result, raise the sustainable growth for Europe. If the threshold for return is based on a cost of capital that is below the current sustainable growth rate of an economy, the result must be to lower the structural growth rate over time.

The risk of banking reform is that it will expose some ugly groynes and have undesirable political repercussions. It is no surprise then that Germany resists a broader banking union and reform. The ECB is limited in the capacity to raise interest rates by the “doom-loop” of Italian sovereign debt risk that can only be solved effectively by a massive transfer of capital from richer member states.

The conclusion, therefore, is that in the foreseeable future productivity in Europe will continue to be stifled and sustainable growth will fall behind countries, such as the US and selected emerging markets where the cost and allocation of capital is more rational and incremental to the sustainable growth rate.

In the meantime and returning to the subject of asset allocation, our mean annualised expected return model for equities at 6% over the next 10 years in March is largely unchanged compared to the last forecast in December.

The regions with the highest return based on dividend yield, inflation, real earnings growth and valuation remain the emerging markets (9.7%) and the UK (8.9%). One of the key criteria defining an emerging market is the credibility of the institutional structures and some would argue that Brexit makes us look more like an emerging market every day!

The property sector is also a particularly interesting area for discussion at the moment. In 2018 we saw very good returns from property, with strong performance in the industrial space. However, looking forward the current trailing yield of the Investment Property Databank (IPD) is now very close to the lows we saw in 2008 and our forecast return is now just 4.3%.

The revolution in ecommerce continues to be positive for the UK property market but the pace of growth here is expected to slow this year. The negative impact of ecommerce on the retail sector has also been significant and we recently completed a review of the quality of our exposure to the retail property sector given the turbulent conditions.

We concluded that we are satisfied that the managers we invest in have been sufficiently discerning regarding quality, but that it will continue to be tough for them to generate growth in this part of their portfolios. Retail space capital values are in decline and rents are under significant pressure. In office development, we are seeing weaker investment and occupier activity as a result of the uncertainties around Brexit, which combined with the woes in retail makes us more cautious as a whole on property relative to previous years.

However, while a return expectation of just over 4% may seem meagre compared to the past, the alternatives of cash or government bonds yield less than 1%. The implied 3% ‘risk premium’ or excess return we are being paid to own property is still in line with the post-global financial crisis average and is just about sufficient for us to stay invested in this more difficult environment.

In summary, the equity markets continue to offer a very attractive return versus the risk-free rate or cash. There are structural macroeconomic issues that remain a concern, including a dependence on debt, an impaired European banking system and ageing demographics which are offset to some degree by the positive forces of innovation and technology.

In the short term, the dovish shift by the Fed and the ECB plus fiscal and monetary easing in China should help to sustain an ageing economic cycle of easy money that began in 2009. We are currently seeing a slowdown in global growth that reflects the past policies of tighter credit in China and higher interest rates in the US in 2018 and believe the policy shifts will lead to a recovery in earnings growth in the second half of this year.

These turning points can be relatively volatile as conflicting forces, like the turn of the tide, muddy the waters and create uncertainty. We don’t believe it would be wise to try and time the markets and, therefore, have a bias to stay invested and be patient.