Five reasons for investors to be positive about 2021

In his book, The Pilgrim’s Progress, the 17th century preacher John Bunyan described the central character falling into a marshy bog called The Slough of Despond where he began sinking in despair until he was helpfully guided out. 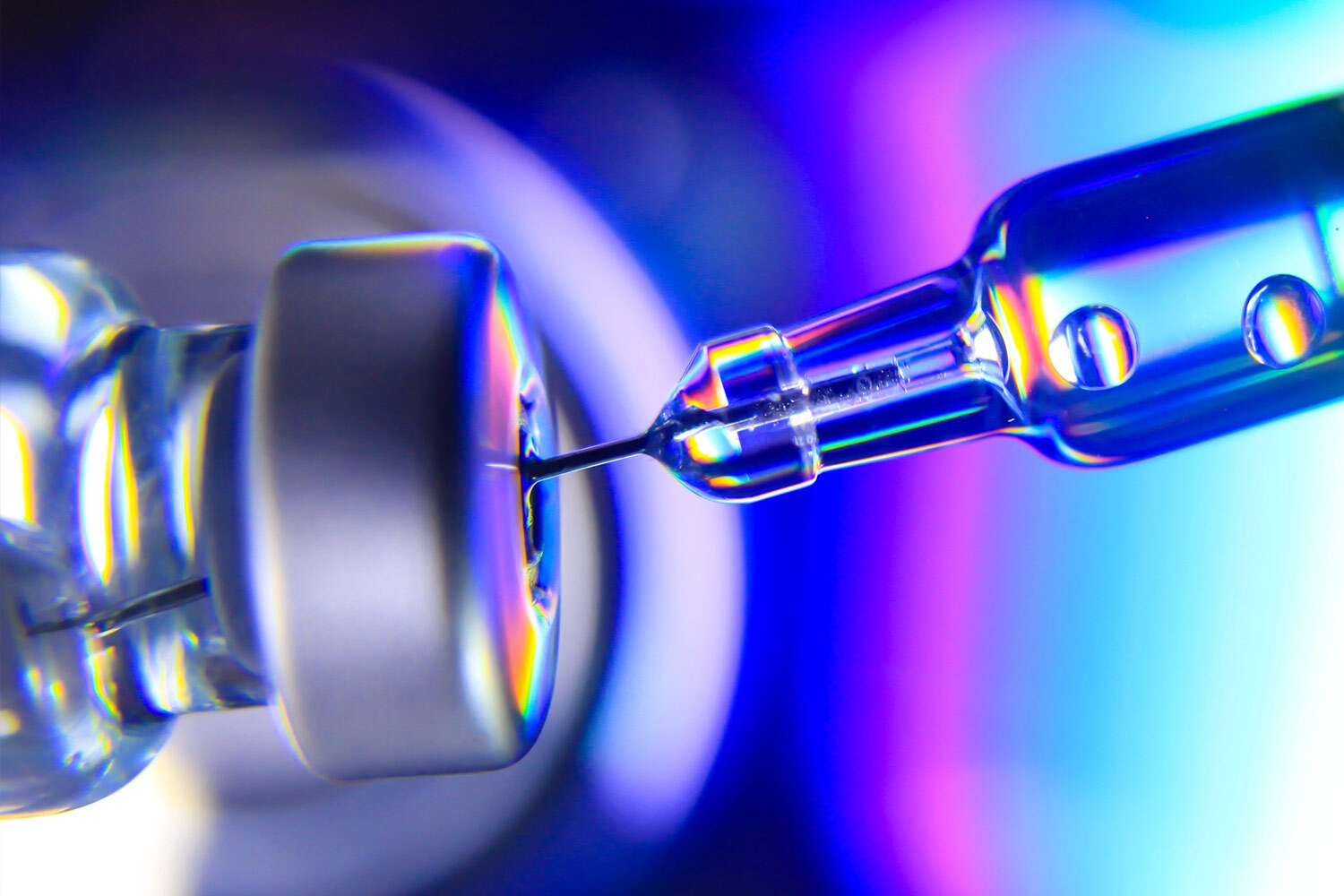 It can certainly feel a bit like that at the moment with fatalities linked to Covid-19 very high, the Government and its health advisers warning that things will get worse in the coming weeks, and all parts of the UK back in a strict lockdown that may cripple many businesses and raise the prospect of a double-dip recession. The investing public are now in the key quarter leading up to the tax year end, typically the busiest time of year for making financial decisions, and are faced with a barrage of gloomy economic headlines.

And yet, looking beyond the immediate here and now and the economic challenges of the first quarter, there really are very good reasons to be positive about the outlook for 2021. Five key reasons in particular for investors to be optimistic are:

We now have three Covid-19 vaccines approved for use in the UK (Pfizer-BioNTech, Oxford-AstraZeneca and Moderna) and the next that might gain approval is Johnson & Johnson’s single dose vaccine. At the time of writing, 14 January, the UK Government has reported that over 2.6 million vaccine doses have been given out and there are plans to have vaccinated 14 million people by mid-February.

While there is a degree of scepticism about whether these targets will be met on time, a substantial rollout of vaccines to the most vulnerable groups by Easter will truly be a game changer, firstly for saving lives but also to enable a reduction in restrictions, benefitting both economic activity and – importantly – sentiment.

The lockdowns have created a truly abnormal environment of enforced savings, as people have been restricted from socialising, travelling to work, and holidaying for many months. In the fourth quarter 2019, pre-pandemic, UK households were saving a mere 7.7p for every £1 of disposable income and since the start of the 21st century the savings ratio has bounced around in a range of 6 – 9.5% (breaking out of this only during the last crisis: the Global Financial Crisis). (Source: Office for National Statistics, 22/12/20.)

In the second quarter last year, during the first national lockdown, the UK household savings ratio rocketed to an incredible 27.4% – the highest on record – and it was 16.9% in the third quarter as well. (Source: Office for National Statistics, 22/12/20.) As we emerge on the other side of the pandemic (likely to be from the second quarter this year) and the economy reopens, there are very good reasons to expect much of these savings to be ploughed back into the economy, fuelling a sharp recovery in profitability.

It is worth noting that the last major global pandemic, the 1918 influenza pandemic, which coincided with the end of the First World War was followed by the ’Roaring Twenties’, a period of indulgence.

The level of monetary stimulus provided from central banks – like the US Federal Reserve (Fed), Bank of England, European Central Bank and Bank of Japan – during this crisis has been truly unprecedented, far exceeding the huge amounts of liquidity provided during the Global Financial Crisis of 2008.

In 2020, the US Federal Reserve expanded the assets on its balance sheet from US$4.1 trillion to US$7.3 trillion and is continuing to purchase financial assets in 2021. The expansion of its balance sheet in 2020 was around three times the level of assets the Fed purchased during 2008 during the Global Financial Crisis, purchases widely attributed to fuelling a stock market boom.

Governments have also stepped up to the plate to provide economic support through fiscal stimulus measures including tax breaks, grants, loans and – in the case of the US – literally handing out periodic cheques to the American public (‘helicopter money’). With the Democrats having secured control of both houses of the US Congress, as well as the Presidency, the path is clear for yet more fiscal stimulus to come on top of the $900 billion interim deal agreed in Congress before Christmas. Following confirmation that the Democrats had secured a majority in the Senate by winning two seats in a run-off election in Georgia on 5 January, both Deutsche Bank and JP Morgan forecast further stimulus in region of US$900 billion, with increased spending on infrastructure and social programmes.

Markets have already begun to factor in a major boost to growth, with both the S&P 500 and Dow Jones indices surging to new record highs but, this time, led by more cyclical sectors rather than tech, which was the standout performer during the pandemic last year. This ‘reflation trade’ will be a key theme during 2021, as parts of the market that suffered heavily from economic shutdowns recover.

Trade tensions have been a source of uncertainty over the past four years as the Trump administration pursued a combative “America First” policy and the UK and EU navigated a torturously slow divorce. While scepticism towards Chinese trade practices remains high across the globe, the US is expected to return to a more multilateral approach led by diplomacy rather than erratic tweets... The risk of a disruptive, ‘no-deal Brexit’ has now also been removed following the trade agreement reached on Christmas Eve.

All in all, these developments should reduce tensions and uncertainty around global trade during a year of recovery, which is positive.

So what does this mean?

The combination of ultra-loose monetary policy, massive fiscal stimulus, pent up savings, a cooling of trade tensions, and vaccine rollouts enabling economic activity to ratchet up as the year progresses is quite a heady cocktail.

Of course, there will always be risks and new sources of uncertainty – there always are when it comes to investing. Some of the key uncertainties for 2021 will be:

Stock market valuations, which are at historically high levels across many markets and certainly stretched in particular sectors like tech.

The prospect for higher inflation further out. This isn’t a problem right now, but could be as the economy reflates given the enormous amounts of stimulus issued. A warning shot in this respect has been rapidly spiking yields on US Treasuries (bonds issued by the US Government) since the Democrats took control of the Senate with two wins in Georgia last week. This suggests that markets expect higher inflation is on its way in the US so yields have adjusted to reflect the need for greater compensation for owning such bonds.

Don’t forget the golden rule – past performance is not an indicator of future performance and investments can go down as well as up and you may get back less than you originally invested!

In equities, the ‘wildcard’ opportunity could turn out to be the UK market, which has been relatively out of favour these last few years due to Brexit uncertainties and being hampered during the pandemic by its high exposure to cyclical areas such as energy, mining and financials. But UK equities have rebounded sharply since the first successful vaccine was announced in November, with the MSCI UK Index returning 14.4% compared to 10.9% from the MSCI World Index (Source: Lipper, capital returns, excluding dividends, 8/11/20 to 13/1/21). If 2021 continues to see the reflation theme to play-out, the UK certainly has greater bounce back potential than many other developed markets. Funds worth considering include Fidelity Special Situations, Jupiter Income and AXA Framlington UK Mid-Cap.

Putting some hedging in for inflation now, before it is a problem, could be wise. In this space you could find gold (Invesco Physical Gold ETC), infrastructure (Lazard Global Listed Infrastructure Equity) and inflation-linked bonds (Lyxor Core US TIPs). One stop shop funds like Personal Assets Trust and the Trojan Fund that invest across equities, gold and index-linked securities might also be worth considering for the small investor.

Different funds carry varying levels of risk depending on the geographical region and industry sector in which they invest.  You should make yourself aware of these specific risks prior to investing.

If you have any questions about the markets, your investments, or anything else mentioned in this article, you can speak to our friendly telephone team by calling 020 7189 9999 or email best@bestinvest.co.uk.

This article does not constitute personal advice.  If you are in doubt as to the suitability of an investment please contact one of our advisers.