Foreign investors in Japanese assets have long grappled with the difficult question of whether to hedge their currency exposure. We present some pros and cons in view of the recent yen weakness. 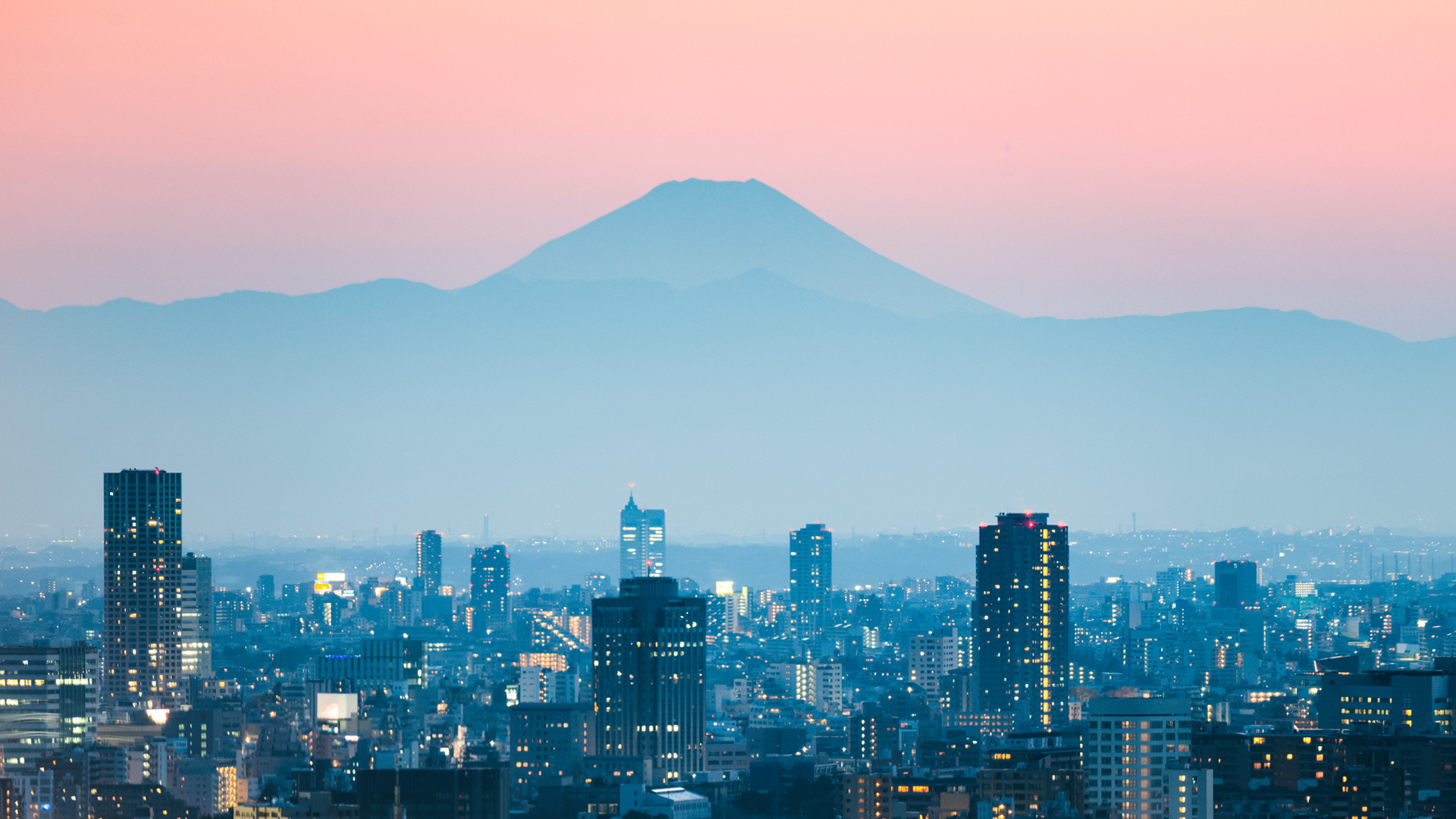 The Japanese yen has slumped to a 20-year low, falling more than 10% in just seven weeks compared to the US dollar. The immediate catalyst for the decline was Bank of Japan’s Governor, Haruhiko Kuroda, doubling down on ultra-loose monetary policy by reiterating their commitment to yield curve control (buying unlimited amounts of debt to keep 10-year government bond yield no higher than 25bps, in order to stimulate the economy). This contrast with the US, where the Federal Reserve (Fed) increased interest rates by 50bps in early May and looks set to continue tightening aggressively, has also contributed to the currency’s slide. 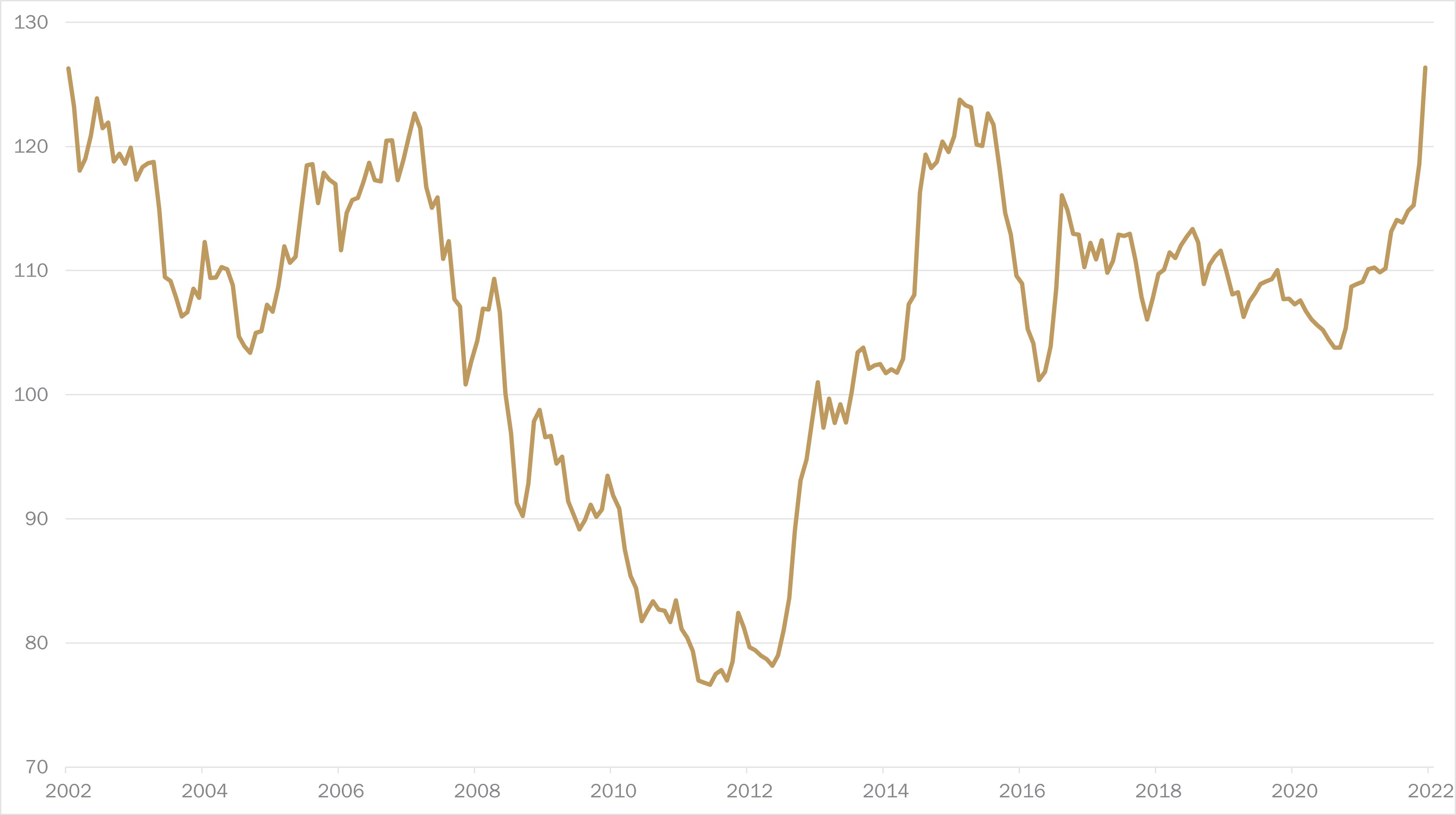 This weakening currency has been a drag on the performance of unhedged Japanese assets held in portfolios. This is because returns to overseas equity investments consist of the price appreciation and income from the asset, as well as the currency returns relative to the investor’s home currency. Investing in a depreciating currency, such as the yen, reduces returns to equity investments, thereby raising the perennial question of whether to remove the currency risk when investing in Japan.

This behaviour means unhedged yen positions increase in value for foreign investors during times of market stress; they increase diversification in portfolios when it is required most. Given that this interest rate differential between the US and Japan doesn’t show any immediate signs of closing, our default long-term preference is to remain unhedged.

After recent falls, the yen looks cheap relative to other currencies on a Purchasing Power Parity (PPP) basis. PPP is a measure of how much different currencies can purchase in terms of a basket of goods. Like all valuation measures, it is not a great market-timing tool, but tends to be a more useful measure over the long term.  There are lots of ways one can measure PPP, including using different inflation measures like Consumer Price Inflation or Producer Price Inflation, or the Economist’s Big Mac index which compares local prices of a popular burger chain around the world. Regardless of the chosen measure, we find that currently the yen looks inexpensive, and therefore is more likely to appreciate.

The near-term movement in yen exchange rates will be decided by the relative movements in monetary policy. The Fed is currently in hawkish mood, while the Bank of Japan is coming under increasing pressure for its outlying dovish position. Therefore, we think it is more plausible that the Fed and the Bank of Japan move toward one another (this could happen if the Fed lessens its hawkish tone, or the Bank of Japan gives up yield curve control, or even a combination of both), rather than further apart, which would benefit the yen from its current oversold position.

A note of caution

Of course, there are risks to remaining unhedged. One headwind is that as interest rates in the UK are higher than Japan, holders of hedged Japanese exposure currently benefit by over 1% annually. Recent monetary policy trends may continue in the short term with the Fed remaining aggressive and the Bank of Japan maintaining easy policy. Commodity prices could rise further, which would widen Japan’s trade deficit and put further pressure on the currency. And while inflation in Japan remains very low by global standards, pressures could rise. Japan’s economic link to China also represents a risk if Chinese growth expectations continue to be affected by its Covid-19 situation.

Nonetheless, overall, we believe there are benefits to being unhedged from a portfolio perspective, as the yen has historically rallied when equity markets fell. There are also potential strategic – low valuation - and tactical - mean reversion in relative monetary policy – reasons why the yen could appreciate from here. On a balance of risk and reward, we still prefer our Japanese exposure unhedged.

This article is solely for information purposes and is not intended to be, and should not be construed as investment advice. Whilst considerable care has been taken to ensure the information contained within this commentary is accurate and up-to-date, no warranty is given as to the accuracy or completeness of any information and no liability is accepted for any errors or omissions in such information or any action taken on the basis of this information. The opinions expressed are made in good faith, but are subject to change without notice.

You should always remember that the value of investments can go down as well as up and you can get back less than you originally invested. Past performance is not an indication of future performance.

How to become a better investor: 10 common mistakes to avoid