A look back over macroeconomic and market events for the week ending 2 November 2018. 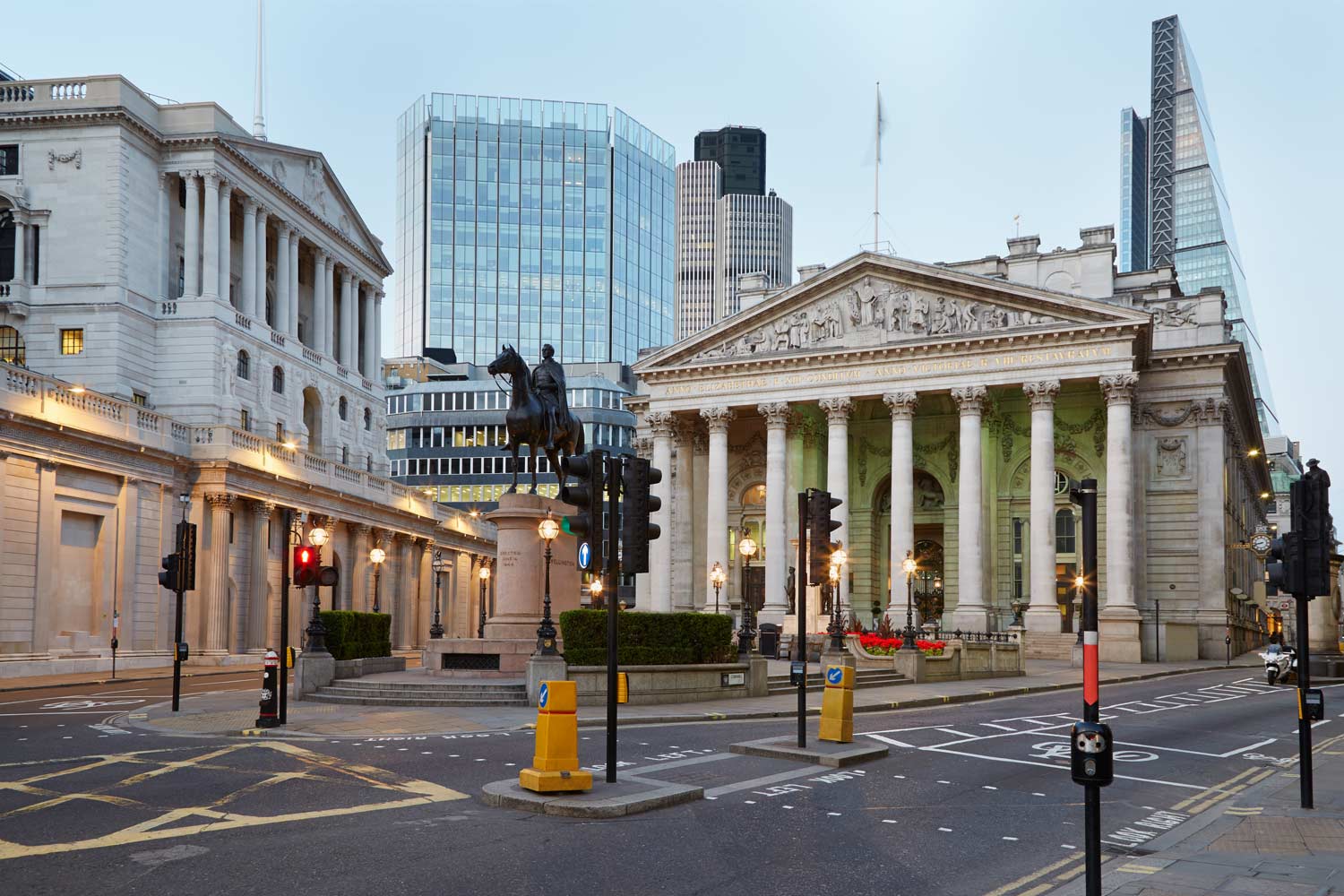 A look back over macroeconomic and market events for the week ending 2 November 2018. Risk assets regained some strength after a tough October, helped by a strong labour market report from the US. The UK Budget passed without any major surprises, whilst German Chancellor Angela Merkel announced she would be stepping down as party leader but hoped to remain as Chancellor for the rest of her term.

Ongoing strength in the US labour market

The US labour market report on Friday confirmed ongoing strength with 250,000 jobs added in October, well ahead of the 200,000 forecast, and rebounding from the downwardly-revised 118,000 reading for September.

Average hourly earnings picked up as expected from 2.8% to a post-global financial crisis high of 3.1% year on year (yoy), and whilst unemployment held steady at 3.7%, this would likely have fallen with the increase in the participation rate by 0.2% to 62.9% (no change was expected to either measure).

This will no doubt provide a boost to the incumbent Republicans in this week’s midterm elections and should keep the Federal Reserve’s (Fed’s) interest rate glide path on track. Upside inflation risk will be on the minds of many market watchers, but there is still no evidence of this coming through, as last week’s Personal Consumption Expenditure (PCE) index – the Fed’s preferred measure of inflation – came in as expected, cooling from 2.2% to 2.0% yoy and in line with the Fed’s target.

There was plenty of newsflow from the UK. The Chancellor of the Exchequer delivered a Budget report devoid of any major surprises, with a few giveaways and only limited takeaways. The previously-announced extra funding for the NHS was largely funded by a technical tax receipt windfall due to the OBR being overly cautious in its estimates, which allowed the Chancellor to keep personal taxation broadly untouched.

The Bank of England (BoE) meeting also passed without policy change, but the rhetoric was marginally more hawkish, suggesting that rates would likely be higher were it not for Brexit uncertainty. The Central bank also sought to dispel the assumption that it would almost certainly provide fresh stimulus in the event of a disorderly Brexit, citing key differences between the current environment and that around the 2016 referendum, when the shock was primarily on the demand side, and inflation was soft, giving the Central bank more flexibility.

Few strategists are buying this argument, finding the idea that the Central bank would keep tightening monetary conditions during such an economic shock simply incredible. Hopefully nobody will have to call this bluff.

In the quarterly inflation report, the BoE cut business investment expectations, and trimmed GDP growth forecasts for 2019 to 1.7%, recognising some of the growing medium-term challenges. There was also a negative surprise from UK Manufacturing PMI, which fell almost 3 points from 53.8 to 51.1, and follows weakness in the European reading with similar reasoning – rising caution amidst a trade war and Brexit uncertainty, impacting new orders and employment.

Angela Merkel will step down as party leader

However whether this is really feasible depends on who replaces her as party leader. Currently there are three main contenders. Annegret Kramp-Karrenbauer (known as AKK) is the current CDU party Secretary General and would be seen as the continuity candidate. However, with broader discontent there is a real possibility that the party chooses a leader to take it in a new direction.

On this score, Freidrich Merz is a key contender, having previously been leader of the CDU-CSU alliance and who Merkel acrimoniously ousted in 2002. Meanwhile Health Minister Jens Spahn is also in the ring, and has been a vocal critic of Merkel’s migration policies. We expect a lot of political activity leading up to the party conference next month, and this comes at a time when the broader European political landscape is anything but stable.

After a tough October for risk assets, markets rallied at the start of November with a classic risk-on environment seeing equities and sterling gain, whilst core sovereign bonds and the Japanese yen sold off.

Equities led the rebound. Of the developed market indices we report here, the Japanese TOPIX led the markets up, just as it led them down previously – returning 3.9% on the week. Europe (excluding the UK) was just behind with a gain of 3.4% (based on the MSCI index). The UK rose 2.6% for the week (MSCI index), whilst the US was the laggard overall, with the S&P 500 returning 2.5% for the week. The MSCI Emerging Markets index returned 5.4%.

Sovereign bond yields were broadly higher with the risk-on sentiment. 10-year UK gilt yields rose 11 basis points (bps) to close at 1.49%, whilst the equivalent US Treasury yields were 14 bps higher to finish at 3.21%. In Germany, 10-year bund yields rose 8 bps to 0.43% whilst in Japan 10-year government bond yields ticked up to 0.13%.

Oil continued to weaken, falling to US$72.83 per barrel on Friday. Gold fell at the beginning of the week but rebounded in the second half to finish essentially unchanged at US$1,233 per ounce. Copper strengthened to US$2.81 per lb.

Sterling regained some strength on the week, rising 1.1% against the US dollar, whilst the Japanese yen weakened (falling 2.3% against sterling). Sterling closed on Friday at US$1.30, €1.14 and ¥147.

There are a few points to note this week. The key scheduled event will be the US midterm elections on Tuesday. Markets expect Republicans to lose control of the House but retain the Senate – confidence is high for this outcome (around 80%) but there is always scope for an upset. The Federal Open Market Committee (FOMC) meeting concludes on Thursday, but no policy change is expected and there is no press conference, so we will just have the statement to focus on. Friday will give us the first look at UK third-quarter GDP (1.5% yoy from 1.2% expected), and we also have UK PMI and Industrial Production to look forward to this week (details below). The daily breakdown is as follows:

Tuesday: A minute after midnight, the British Retail Consortium reports like-for-like sales growth (0.5% from -0.2% yoy expected). Later in the morning, the Eurozone reports the Producer Price Index (PPI), and in the afternoon the US JOLTS Job Openings report could be of some interest.

Wednesday: Early in the morning, Japan reports Labour Cash Earnings (1.1% yoy from 0.8% expected) and the Leading Index of economic data. Later in the morning, Eurozone Retail Sales are reported and then in the afternoon the US reports consumer credit activity.

Thursday: Overnight, Japan will report on Core Machine Orders, Bank Lending activity and the Eco Watchers Survey output. Later in the morning, the European Central Bank will publish its latest Economic Bulletin. In the afternoon, the US reports jobless claims before we get the output from the FOMC meeting.

Friday: Overnight we are expecting trade data from China as well as the latest CPI reading (no change at 2.5% yoy is expected). For the US, as well as the third-quarter GDP report (covered above), Industrial Production growth is forecast to have slowed from 1.3% to 0.4% yoy, and both reports will be closely watched. In the afternoon, the US reports PPI and the University of Michigan updates sentiment and expectation survey results.