Events raise the risk of higher US inflation

The last 50 years have been punctuated by five significant events that changed the outlook for inflation. Will we mark another inflation anniversary in 2021? 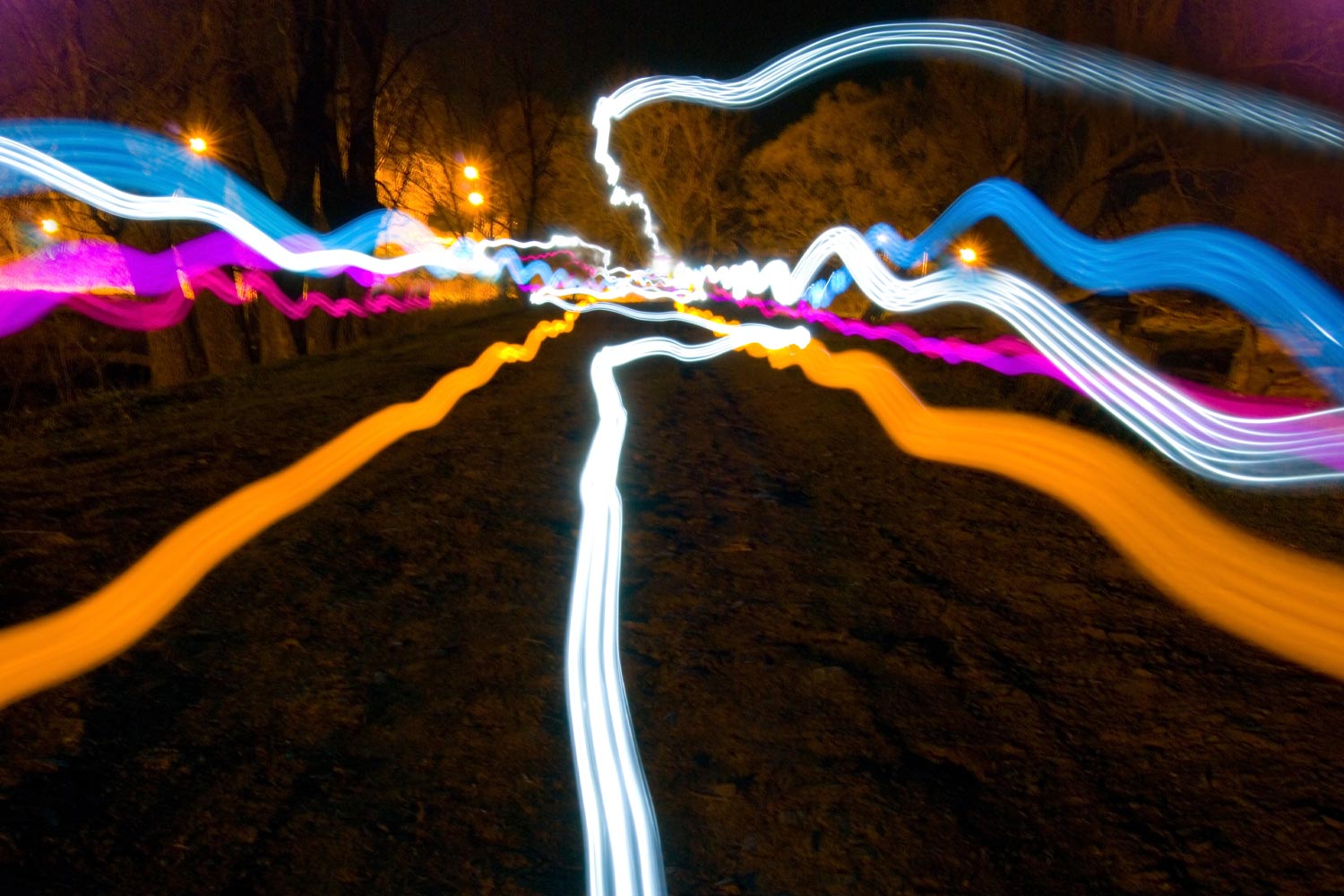 The late ex-UK PM Harold Macmillan is reported to have once described the unpredictability of politics as ‘Events, dear boy, events’. Events can also be used to describe the trajectory of inflation over history. In fact, the last 50 years have been punctuated by five significant events that fundamentally changed the outlook for inflation. Bizarrely, these incidents occurred regularly every 10 years and mostly during the summer. While it may not have been clear at the time, these events shaped the inflation cycle. Could we be seeing one of these inflection points today?

The US economy experienced a bout of accelerating inflation during the second half of the 1960s, where the average annual headline CPI inflation rose to 3.9% between 1965-69 from 1.2% in 1960-641. This came after a period of low unemployment, rising military spending during the war with Vietnam and the Cold War race, as well as the Great Society reforms under President L.B. Johnson that materially raised fiscal spending on healthcare and social security.

CPI inflation then took another leg up in the 1970s to average 7.4% for the decade2. Arguably, it was the decision of President Nixon to come out of the gold standard on 15 August 1971 that was behind this next more serious inflationary surge that led to two recessions during the 1970s and a double-dip recession in the early 1980s. By unilaterally breaking the direct international convertibility of the US dollar to gold, it led to a devaluation in the greenback and rising global commodity prices (because they are largely denominated in US dollar), beginning with a food price shock (1972-73) and two oil shocks (1973 and 1979). Importantly, before 1971, there were natural limits on government debt issuance because it was dependent on the amount of gold held. By breaking the currency link with gold, the US government was able to issue more debt. This was the start of a vast expansion in government borrowing that has seen the US debt pile nearly quadruple as a share of GDP3.

#2 event: Breaking of the unions

Although the unionisation rate peaked in the late 1950s, labour contracts in the 1970s enabled workers to index link CPI inflation to wages. BCA Research shows that 28% of union workers had a cost-of-living adjustment clause at the start of 1970, but this rose to 61% in the middle of the decade as inflation accelerated4.

Policymakers knew they needed to act to break index-linking of wages with inflation. This began on 5 August 1981, when President Reagan sacked more than 11,000 illegally striking air traffic controllers, marking the end of a wage-price spiral from the 1970s. Private sector business owners followed Reagan’s path to push back against the power of labour unions. Along with the Fed raising interest rates to a peak of 19% a few months earlier, inflation then began to decelerate over the next 40 years5.

The next anniversary happened on 6 August 1991 when the World Wide Web (WWW) became publicly available. Its creator, Tim Berners-Lee, was working for CERN (European Organization for Nuclear Research). He issued details of the WWW project, showing people how to set up a web server and create their own websites. He also helped foster the web’s subsequent growth.

This advent of the internet fundamentally changed the world. It helped match supply of goods and services with demand more effectively, supporting the disinflationary trend that began in the early 1980s. It lowered the cost of manufacturing, while services become more efficient. Eventually, Artificial Intelligence and robots began to replace costly and less productive labour, while simultaneously suppressing wage demands. Technology has been one of the strongest deflationary forces in the world today.

China joined the World Trade Organisation on 11 December 2001, bringing a billion Chinese workers and supply chains into the global financial system and marking the start of explosive growth for this vast superpower. Increased labour supply and outsourcing accelerated the demise of labour unions and provided cheap consumer products that dragged down the price of CPI inflation on goods.

After the fiscal support during the Global Financial Crisis of 2007-08, governments around the world decided to reign back on budget expenditure. The culmination of austerity was the Eurodebt crisis of 2011-12, with Greece its most notable victim. The severity of the crisis became apparent to markets on 22 July 2011, when after years of resistance European leaders finally agreed that investors should accept losses on their holdings of Greek sovereign debt to accompany a new bailout deal for Greece.

The shock of losses on sovereign debt, as well as austerity being imposed on other member states, such as Italy and Spain, reduced the supply and demand for credit within the Eurozone. Austerity also took root in the US with the rise of the Tea Party movement during this time and a UK coalition government focused on deficit reduction. What followed was some of the weakest GDP growth rates around the world since the Second World War and yet more disinflation.

Is it possible that we will mark another inflation anniversary in 2021? Certainly, there are reasons to believe the inflation picture may be changing. The pandemic has shown that the biggest constraints on macro policy (debt sustainability and inflation) are probably not binding anymore, largely because the political agenda has changed to favour reducing inequality.

On debt sustainability, the US is set to report consecutive double-digit budget deficits for both 2020 and 2021 from fiscal largesse to support the economy during the pandemic: the last time that happened was during the two world wars. Moreover, the US government provided three rounds (and counting) of stimulus cheques to households for the first time.

The scale of the relief is unprecedented and captured in the biggest annual increase in broad money supply growth (+25% in 2020) on record from 160 years of available data6. Outside the US, even the fiscally conservative Germany is under pressure to reform the constitutional debt brake to allow for a wider budget deficit.

On inflation, and following an extensive review, the FOMC introduced two key changes to its monetary policy framework on 27 August 2020. The first includes a shift to Average Inflation Targeting (AIT) in August 2020 and marks a significant change in monetary policy since former chair Paul Volcker cracked down on inflation by raising interest rates more than 40 years ago. AIT allows the Fed to run the economy hot to see actual progress on inflation, rather than pre-emptively raise interest rates on forecast inflation. Essentially, the Fed showed it would have a greater tolerance for inflation.

The second change involves a revision to the Fed’s dual-mandate statement to prioritise “broad based and inclusive maximum full employment”, as part of the second part of its mandate from Congress for its goal of maximum employment. This subtle change means that the FOMC will no longer focus on a broad measure of labour market performance, such as the unemployment rate. Instead, FOMC members will look at using monetary policy to boost employment among workers in low- and moderate-income communities, who are vulnerable to unemployment. In other words, the FOMC will look at major differences within the labour market to determine whether the economy is at full employment. This means that the Fed may not tighten monetary policy if the unemployment rate falls below the theoretical Non-Accelerating Rate of Unemployment (NAIRU). These changes to the Fed’s long-term goals show that Chair Jerome Powell will do whatever it takes to bring back (some) inflation.

Aside from the unprecedented fiscal and monetary response from the pandemic, there are signs of wage pressures emerging. President Biden is in favour of labour unions. This was made clear in a 4 February 2021 POTUS Tweet: “Every American deserves the dignity and respect that comes with the right to union organize and collectively bargain. The policy of our government is to encourage union organizing, and employers should ensure their workers have a free and fair choice to join a union.”

Outside of the US, wage rates are set to rise in the gig economy. For example, Uber in the UK lost a case in the supreme court that now forces the company to pay at least the minimum wage and pension contributions. Part of this change to give workers more pricing power in their wages relates to the growing importance of the Environmental Social and Governance agenda.

Could we see a repeat of 1970s-style inflation? That decade saw commodity price shocks from a devaluing US dollar, food and oil price shocks. There were also strong labour unions and poor productivity. There are some parallels: the US dollar is down from its March 2020 peak and commodity prices are rising, while the power of labour unions could be about to increase. Indeed, workers are already reaping a bigger slice of national output. In the US, the labour compensation share of GDP rose to 54.9% in the first quarter of 2021, up from 54.1% a year before and reversing over a decade of depressed wage share in output in the space of twelve months8.

There are still potent potentially deflationary forces: technology, demographics, and elevated levels of debt, for example. We are alert for higher wage growth, but it may be tempered by stronger productivity. Inflation is on a knife-edge. The pattern of history suggests that we are due for an important moment in the inflationary cycle.

To hedge against potentially higher inflation, we believe it would be prudent to include inflation protected bonds (e.g. US TIPS) and include gold as a long-term holding in a multi-asset portfolio. With annual headline CPI inflation currently 5.4%, equities still look favourable up to a point, and certainly over nominal government bonds9. Looking back at data for the S&P 500 index since 1965, we find that US stocks still deliver average annualised total returns of 6.7% when US CPI inflation is in a 4-6% range. However, historical data shows that when inflation rises past 6%, returns are -2.8%10. After decades of US equity gains, should US stock returns turn negative it will certainly be an event to remember.

7 FACT SHEET: Biden-Harris Administration Issues an Executive Order to Raise the Minimum Wage to $15 for Federal Contractors, The White House briefing room, data as at 27 April 2021

By necessity, this briefing can only provide a short overview and it is essential to seek professional advice before applying the contents of this article. This briefing does not constitute advice nor a recommendation relating to the acquisition or disposal of investments. No responsibility can be taken for any loss arising from action taken or refrained from on the basis of this article.

A return to fixed income
News