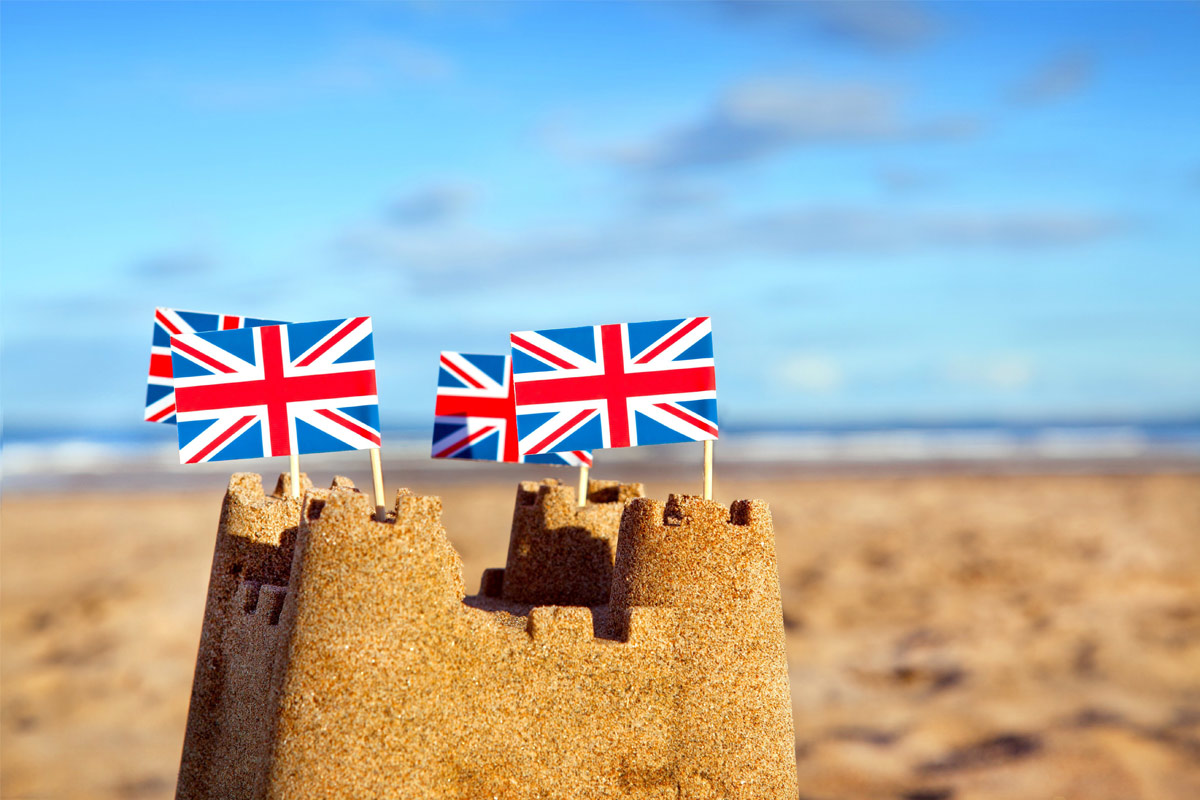 For those who don’t remember the glorious summer of 1976, it was similar to the summer we have had so far in 2018, which hopefully the majority of readers have enjoyed. While there was no World Cup in 1976, the fifth European Football championship was held in Yugoslavia with just four national teams competing. The tournament was made famous by a cheeky chip penalty taken by Antonin Panenka which sealed victory in the final for Czechoslovakia against West Germany.

The summer of 1976 was also the one-year anniversary of the referendum of 1975 to determine whether the UK should remain part of the European Community. It was taken just two years after the UK had finally convinced the French to let us join, and 67% of the electorate voted to remain. I wonder what the vote would be today.

Undoing the integration with the European Union was specifically designed to be a tortuous exercise and it is certainly proving to be so. It took 12 years for the UK to join the European Community and may take just as long to leave.

The Prime Minister’s current white paper has not really clarified the situation either, having been rejected by Brexiteers in her own party and broadly dismissed by Michel Barnier, the EU’s chief Brexit negotiator. In this environment, it is easy to see why the UK equity market is unloved by international investors.

The effects of Brexit negotiations

Quantifying the impact of Brexit negotiations on the UK economy is not as easy or clear cut as you might expect. Some key economic indicators, such as consumer confidence, retail sales and GDP growth appear to have peaked well before the referendum, suggesting that factors unrelated to the vote were involved in their decline.

Meanwhile business indicators, such as the manufacturing and services PMIs, have actually strengthened since the referendum – or at least recovered to the pre-vote highs.

Oxford Economics has observed that in contrast to many of our neighbours in Europe, the constraint on the UK’s potential growth (in real terms) is that our economy is already operating at near full capacity.

This ‘output gap’ in Europe means that, for the first time in a while, GDP growth in Europe now exceeds that of the UK, and based on the evidence to hand, it appears to be a function of timing of the economic cycle rather than being driven by Brexit.

Oxford Economics still expects the EU to reach a withdrawal agreement with the UK, but concedes that there is a high risk of Parliament rejecting it. The likely ensuing political crisis will mean that both sides will need to agree to a new timetable in order to actually leave the union.

At this point, we believe that the political chaos will not lead to a general election, simply on the grounds that the Conservatives like power more than they despise each other. A general election is a tail risk that we hope to avoid but it is clearly something that is beginning to be priced into the UK market by international investors. The threat of currency controls from the Labour Party is, by itself, probably enough to discourage long-term investment plans as much, if not more than the uncertainty of Brexit.

The impact on trade agreements

With regard to the ultimate deal, Oxford Economics suggests that the white paper is a clear indication that the Government is moving toward a softer Brexit, although it is unclear how it will survive the indivisibility of the four freedoms of goods, services, capital and persons.

This intransigence means that the UK will effectively be forced to choose between Brexit in name only (BINO), and leaving without a trade agreement – therefore trading with the EU on World Trade Organisation (WTO) rules. The below chart shows the probabilities that Oxford Economics assigns to each option.

The positive news is that the EU recently signed a free trade agreement with Japan, covering 90% of goods. This proves that a pragmatic option exists if the political will is there. However, it took five years to negotiate and did not have to deal with the thorny Irish border issue.

According to the latest report from the International Monetary Fund (IMF), trade tensions with the US, continuing high debt levels and the delay in Brexit negotiations have all raised the need for policy action in Europe – and perhaps some compromise.

A risk to European economic growth

The section on Brexit in the IMF report highlights the risks to supply chains and bilateral capital flows. It estimates that a weaker integration with the UK, via a WTO arrangement, would lead to GDP in the EU 27 being between 0.8% and 1.5% lower in the long run, relative to the baseline.

Ireland’s economy would be hit particularly hard, with income falling up to 4%, and there would be significant impact felt in Belgium, Luxembourg, Malta and the Netherlands.

There is a clear economic incentive for Europe to reach a deal, but recent experience in the European debt crisis suggests that the situation must go to the wire before they blink and take action. After all, the political class needs to look strong in the eyes of voters and at the same time, avoid being the architects of the next recession.

Net investor outflows from UK equities year to date are the highest of the developed markets and have created somewhat of a valuation anomaly. It may be a value trap but, on a price to book basis, UK equities have rarely been cheaper compared to the rest of the world.

The hitch is that UK companies are under-earning on their book value compared to MSCI World peers, and this means that relative earnings multiples in the UK are only around fair value.

Value investors tend to focus on the price to book ratio when looking for potential upside. And while they are naturally patient, it could be argued that Brexit may delay the realisation of that potential for an unusually long time.

Rising productivity increases the return on equity, and productivity is directly correlated to investment which, in turn, is dependent on confidence and stability.

Stability and confidence are naturally in short supply in the UK at the moment, but once we have visibility on Brexit the value opportunity in the UK will become quite compelling.

One catalyst that supports a more constructive view on the UK economy is the recent improvement in real wages. We made a strong case last year that the UK consumer was over-leveraged and tapped out after years of negative real wage growth. The decline in real wage growth from 4% in March 2015 to -1.3% in April 2017 was a substantial drag on real growth and particularly discouraging for consumers.

On reflection, as far as gauging the mood of the electorate, the General Election of 2015 could not have been worse timing in terms of the erosion of spending power.

Over the last year we have seen negative real wage growth turn marginally positive and unsurprisingly, consumer confidence in the UK has perked up. Inflation is returning to trend after the shock depreciation of sterling – the tight labour market is translating into higher wages and both bode well for the real growth of the economy.

What about a Labour government?

On the political front, as if Brexit were not enough, JP Morgan notes that Jeremy Corbyn has the shortest odds on Oddschecker to be the next prime minister! We reiterate that this is not our central scenario, but it is a tail risk nonetheless.

Based on the Labour manifesto from 2015, JP Morgan believes that the pound would depreciate if Labour came to power, but that the weaker currency would not be the positive catalyst for UK equities that it was after the Brexit referendum.

JP Morgan’s view is also very much the consensus and in our opinion, much of the tail risk is already priced in. We believe that the Conservative Party will ultimately pull together to avoid a no-confidence vote and a snap election.

Although the next few months are likely to require a little stoic patience, the last two times that UK equities were this cheap on price to book basis, the patient investor was rewarded. The four most dangerous words in investing are “this time is different” and our base case is that this time it isn’t.